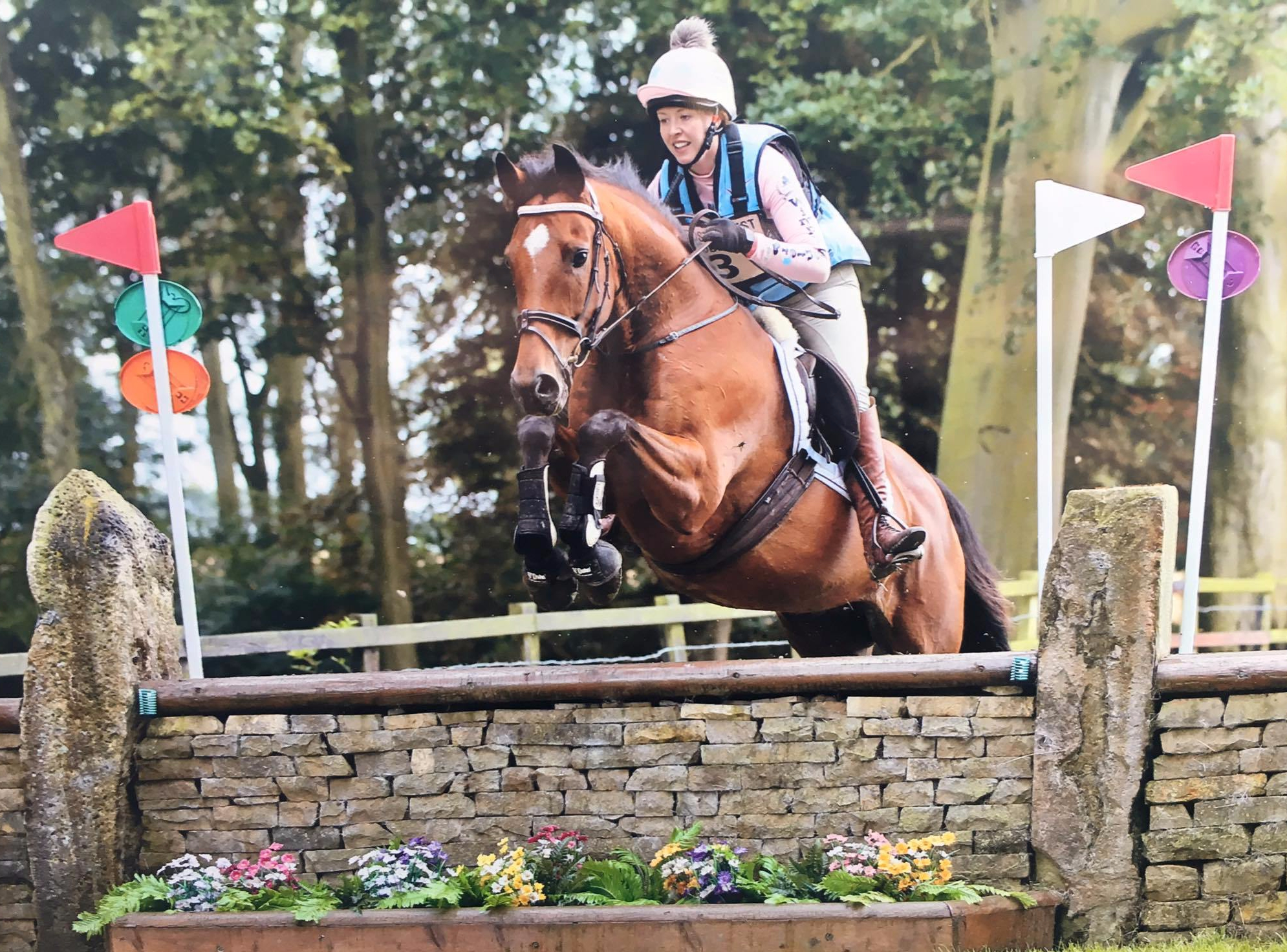 So all week I had felt very at ease about this one, I think after the pressure of my Regional Final at Shelford I had made a conscious decision to not allow this Eventing lark to ruin my mood or my marriage!!! I have a new regime the week running up to an event now which appears to be working, I must do 3 things in order to not die/enjoy the event day as much as possible:

1. Take him out somewhere, any where! This week we went to a dressage clinic for our new riding club. Getting him out with others means he isn’t such a dork when I’m frightened getting on at a show.

2. Give him enough work and don’t be lazy! I usually find an excuse to prevent riding everyday but as long as he’s done something the day before with maybe a couple of rest days early in the week, it makes for a much calmer boy!

3. Jump! I don’t like showjumping, I doubt I ever will, but I have put a jump up in the field and I just make sure that the day before I have jumped it a couple of times (Jeez Louise it’s barely a 2ft crosspole!!) – but, i think it makes it less of a shock when we get to the event and have to jump 30+ jumps

So with my routine nailed, I went off to walk the course Friday afternoon …ALONE!!!

? I was done in half an hour and had decided that I wasn’t getting beyond fence 13 so I may as well just go and enjoy and expensive combined training!!!! Fence 13 was a big double of very skinny logs on a curve, I wasn’t ever getting him over them in my head and had admitted defeat there and then!

Home, ridden, plaited and packed up for our 5am start, we headed to the pub for one!! One turned into two glasses of Shiraz on an empty stomach followed by a take away curry

? and a later bedtime than ideal! what a bloody idiot!!!! I woke up nervous at 4.45am and feeling like a cardamom seed was implanted in my throat, I couldn’t eat and despite brushing my teeth, all I could taste was Indian food

I felt dreadful, sat on the toilet for 10 minutes toying with pulling out but hauled my stupid arse out the door and we arrived at Frickley at 7am! My dressage was at 8.12 so we had time to get registered and spend a bit of time in my green poo-box of salvation!!!

? it was bloody teaming down with rain too!!

Now here’s something else to note, I have had some bad experiences getting on at shows and I HATE it, I mean, I fear it more than waking up with a beard of bees… so I’ve been trying out the new calmer syringes from Blue Chip Feed. I usually think these things are just a fad and filled with squirty cream but they have changed everything for me. I give him 10-15ml of the 30ml syringe and leave him for half an hour. He is a dream after that. It’s our ‘miracle squirts’

He was a total angel in the warm up AGAIN!!! I can’t believe it, I was actually having to kick him

? he did a lovely test but as I feared we got the hard marking judge we had at Shelford!!! Compared to our other tests this year I’d have said it deserved around a 26-28% but alas, we were on a 31.8 but in the top ten of the section on dressage score.

A quick boot up and we headed for the phase of disaster, showjumping hates me! He’s a big buggery b*stard is that Mr Showjumping, he regularly makes me feel inadequate and useless! I hate him!!! But Pat warmed up beautifully with a small break in proceedings when a poor lady had a nasty fall coming into the oxer. Poor love, I hope she’s not too sore this morning.

So in we go… he barely spooked today!! It was a miracle!! I’ve started leaving it to him a bit more and it’s working!!!! Just a brush over the planks at number 8 and he came out with just 4 faults!!! I feel like it’s getting so so much better, I’m so looking forward to getting my Voltaire Design saddle now!!!

So having decided that I wasn’t getting past fence 13, we named it the f*ck it phase!!!! A quick change and we were in the warm up swallowing bile and deep breathing. Pat was reluctant to stand in the start box today, he was jazzy, not scary, but I think he’s just starting to love this part a lot!!

Now I was actually in the drivers seat rather than the boot of the car in a duffle bag… I rode for my life. Short reins, determined grit, number 4 the hedge oxer sailed by, 5 the box jump and drop step left us feeling confident for a long down hill gallop to a spooky White House at the bottom. I kicked and YIPPED and he soared! Wowzeroonies… what a feeling!! 7 the trakehner, was a shut your eyes and kick job and it worked a treat! 8 was a big feeder type jump and one of my let up fences, he took the bit and flew! 9a&b, two skinny logs with mushrooms in the woods, he didn’t even look!!!! Just locked on and with a bum squeeze, he pinged over both and galloped down to 10, the hedge! Flew that and the same over 11 the dressed dry stone wall! Oh god! 13 was creeping up…

Into the field I was sure to be eliminated in, I had to really work hard to get him over the army tank at 12 (great start to the field of doom). Here it was, 13… I found a good line, I held it, I kept a short rein and a firm, holding leg and he locked on and jumped it!!!! Shit the bed!!! Now what… turn, turn, turn, you moron!!! I did the same at part b and it bloody worked!!!! Arrrrrrgghhhhhh!!!!! Bloody YEEEEEEEAAASS!!! Yeehaaaaaa…..

Oh buggeration… I hadn’t thought much about the rest

? splashed through the water and over the boat house but wait, the doom wasn’t over because 15 was that awful white and green corner I hated last time I was here! But I took the same tact, short reins, firm leg… he went!! He bloody flew it. Then to 16 the flower box, he thought about darting out to the side but mother had turned into Mary King today and he had no chance! Boing!!!!

A long gallop down to the ornamental wall and he stretched for a big one, full of running we galloped down to the last fence and with a kick, he soared it. We flew through the finish 6 seconds INSIDE THE TIME!!!

Bloody Nora what a feeling!!! Bursting at the seams with elation and adrenalin, I sobbed. He listened to me, I rode him, I rode him well today. Probably the best I have ever ridden in my whole life and he was just unbelievably brilliant.

I am utterly delighted with him, what a way we have come from that fearful little lamb I nursed around at the start of this season!! He is an absolute wonder, taking any small shread of confidence I can give him and storing it away to make the next run even better. That is why I love horses. We finished 11th out of 43, with 0.1% holding us back from a rosette! But who gives a finger of fudge!! NOT US!!!

What a horse. He is my heartbeat, my very best friend and I just adore the absolute bones of that tiny boy.

Thank you all so much for the support, as always, you are the reason I keep going, I keep pushing my limits and facing my fears. Really. Thank you.

And also a huge thanks to Point Two, FoxyEquestrian, FALPRO, Performance Horse Therapy and Ariat Europe, because I truly wouldn’t be able to afford to do this sport without your help and support, thank you so much for believing in someone so desperately average 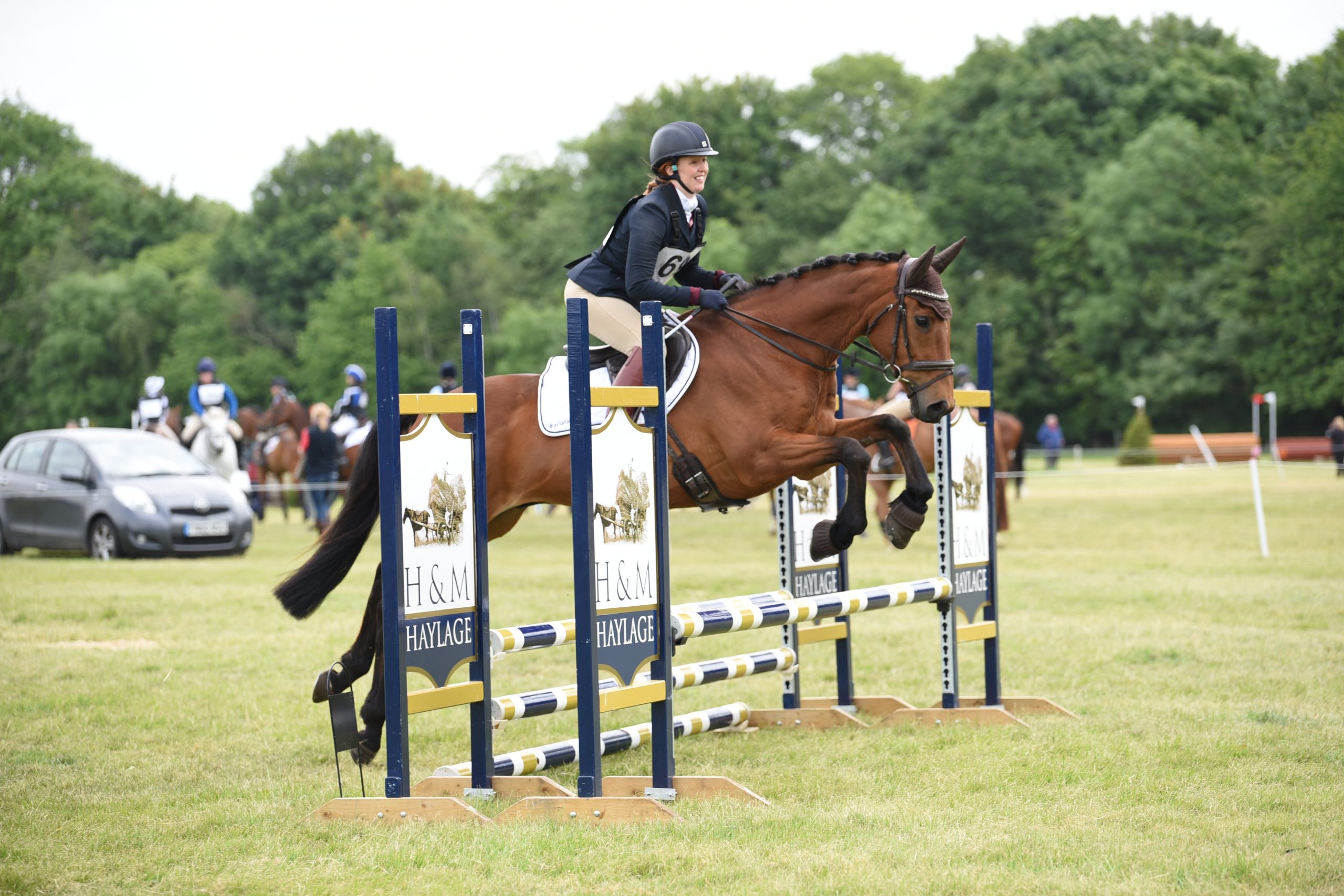